Thai Artist Carves Meticulously Detailed Carvings Out of Soap Instagram A very long tradition is being carried by Thai artist Narong together with his complex carved soaps. Finely carving out complicated patterns in the medium that is soft, he’s able to attain designs that are incredibly complex. Soap carving has a long tradition in Thailand, […] 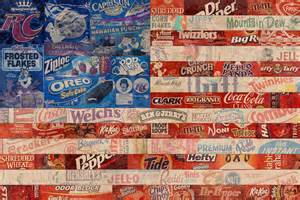 I declare my independence from the tempting blindness to the entrenched corporate-fascist plutocracy that has slowly maneuvered a (bloodless?) global coup of politics and press.

I declare my independence from the State-sponsored story, the lies my teachers told me, the narrow minded, provincial and embarrassing ignorance of what it means to be not just an American but also a global citizen in a rapidly shrinking world.

I declare my independence from an all-too-convenient and unearned pride in an alarmingly deteriorating country where Constitutional freedoms have been slowly eroded or eliminated and where protest, speaking the truth to power and political activism (the very bedrock of our revolutionary origins) is now seen as, at best, ungrateful, and at worst, a form of treason.

I celebrate the true spirit of the American revolution and the American experiment today. I celebrate the human passion for freedom and justice, the universal longing for a better life, the grand ideal of a government of the people, by the people and for the people. I celebrate the greatness of America’s marginalized, disenfranchised, oppressed, exploited and apparently disposable people who have made it all possible from the bottom up. The poor and educationally short-changed who seem so easily put in harm’s way and who constitute the vast majority of our volunteer military, the suffering and homeless veterans who have been bought and sold on the market of questionable wars abroad, the labor force that sacrificed so much life and safety and comfort in the early part of the 20th Century for quality of life improvements we now take entirely for granted but that has been relentlessly disempowered and excluded from the economic and social conversation today.

I celebrate those who worship whatever God or Goddess they worship freely, humbly and quietly and in the true spirit of their faith, not obstreperously, legislatively and oppressively in the marketplace of public, civic ideals.

I celebrate America’s great innovators in the arts and sciences and America’s irrepressible spirit of not so much ‘why?’ as ‘why not?’ (to paraphrase Ornette Coleman). If there is any heft in the oft-repeated claim that America is the ‘greatest nation on earth,’ perhaps the anchor for that claim, ironically, rests in the most bold, progressive and innovative, most free and most humane and democratic of all of our contributions to the world.

If America has been great and exceptional in human history, it has done so along these lines: the greatest possible liberation of the human spirit, in spite of vicious and regressive attempts at oppression, for the greatest number. Empires are a dime a dozen throughout the centuries of our species. Tribalism, exclusion, oppression, greed, genocide, invasion and exploitation are dirt cheap and common in the human story. I celebrate an America that has been and perhaps still could be a true exception to these commonplace horrors.

Happy Independence Day! How free do you want to be?”

Peter Breslin is a teacher, musician, PhD student in plant conservation biology at Arizona State University and writer who lives in Tempe AZ. 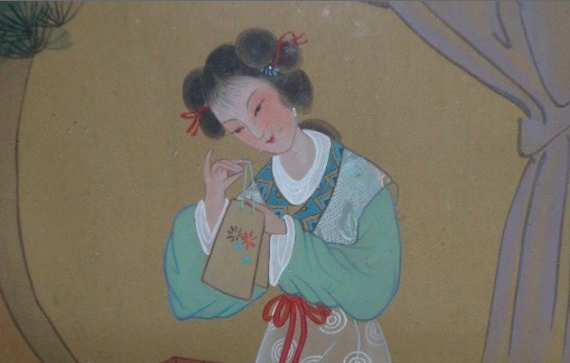 Gray’s Anatomy meets an embroidery habit originating in childhood; commissioned by my mother as a gift to a friend who’d recently had heart surgery

The Colorfully Psychedelic Art of Jen Stark Paper is a cheap and accessible medium that can produce beautiful results. However, it requires meticulous skill to expertly maneuver and manipulate the fragile material. Luckily, artist Jen Stark possesses the ability to utilize the medium, reveal new ways of viewing its construction, and expose its beauty. We’ve […]